DISCLAIMER
I disclaim all responsibility if you break or damage your equipment when following this tutorial. You’ll follow this tutorial at your own risks

NOTE: The 2.4G version is still under testing.

My 2.4G version is working with the diagram shown below but the module seems to be defective since there is continuity between ANT and ANT GND which causes the module to have a terrible range. Thus, for now I won’t be able to make sure that the 2.4G version is fully working. Then, information concerning the 2.4G is only provided for beta testing.

Since I finally have my HD’s, I’m going to explain you how make a module for Fatshark Dominator goggles (or other Fatshark goggles, but this will require more work).

Before getting started with the making, we’re going to see how Fatshark’s modules work.

I. How do Fatshark’s Modules work?

Fatshark’s modules are basically made of : 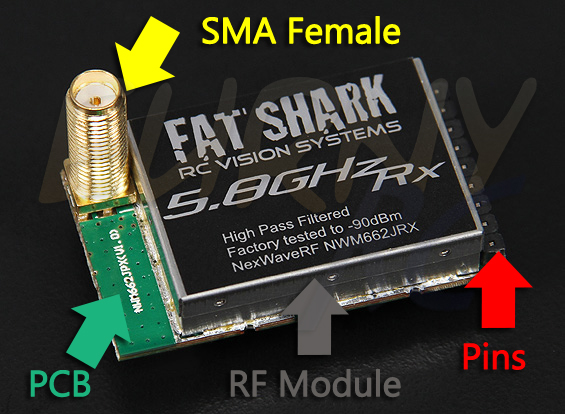 Of course, all put together, ready to use!

But, we are lucky, Boscam sells (like Airwave, the company that makes Fatshark’s RF modules) the RF module only.

After reviewing the two datasheets, we can see that basically, the two RF modules (Fatshark’s and Boscam’s RX5808) work exactly the same way. Despite the fact that the pins aren’t in the same spots :

Now that we know how these modules work, we’ll be able to make one ourselves!

After some cutting, there you go!

Now, they’re are the same size 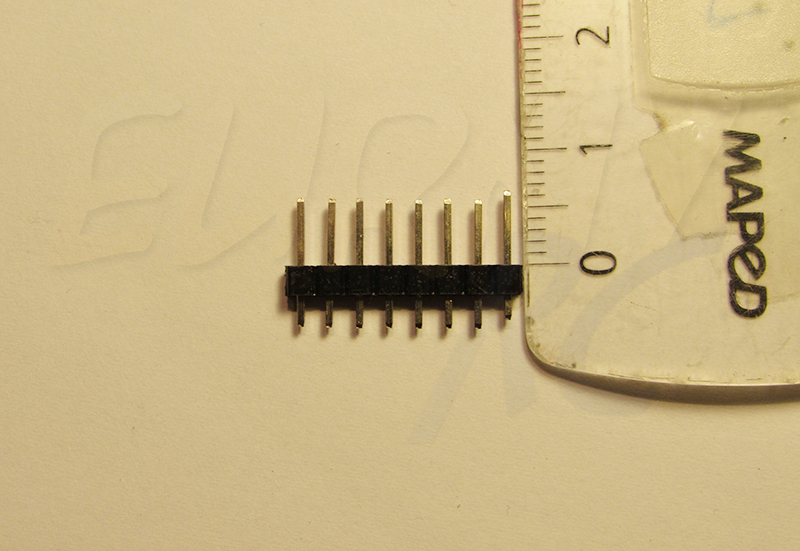 When pushed, they should be 6,5mm long

Once they’re are 6.5mm long, you can solder them like this :

With the headers soldered | The second pin can be cut, it’s useless

Surely one of the toughest parts, soldering it correctly. The SMA needs to be straight and shouldn’t obstruct the door closing. 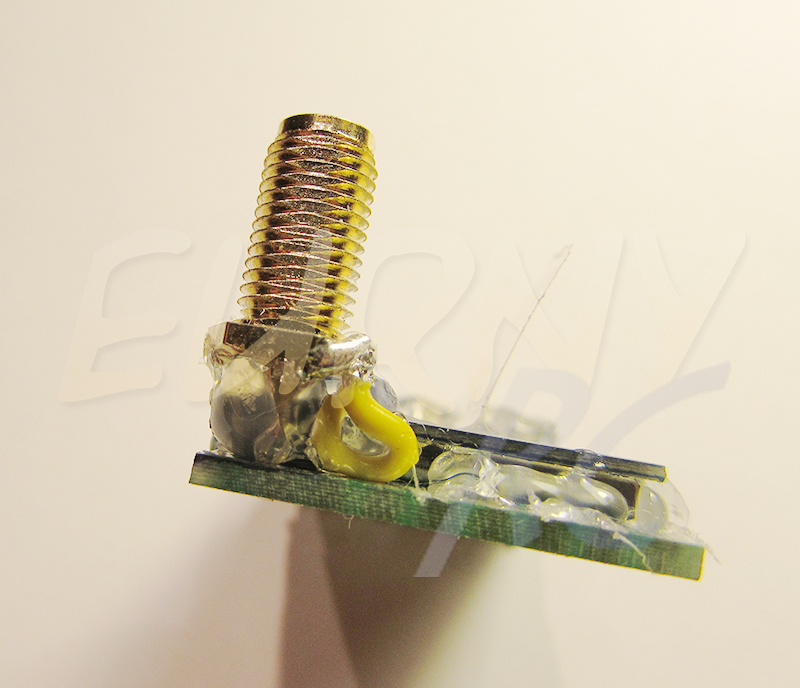 > Connecting the module to the pins :

We’re now going to cut the servo wires and bare them a little bit on both ends. The wire’s length depending on which pins you’re going to solder. The length being different for each pin.

And then we can start soldering the wires on the RF module and the pins following this pin-out :

Here is what you get : 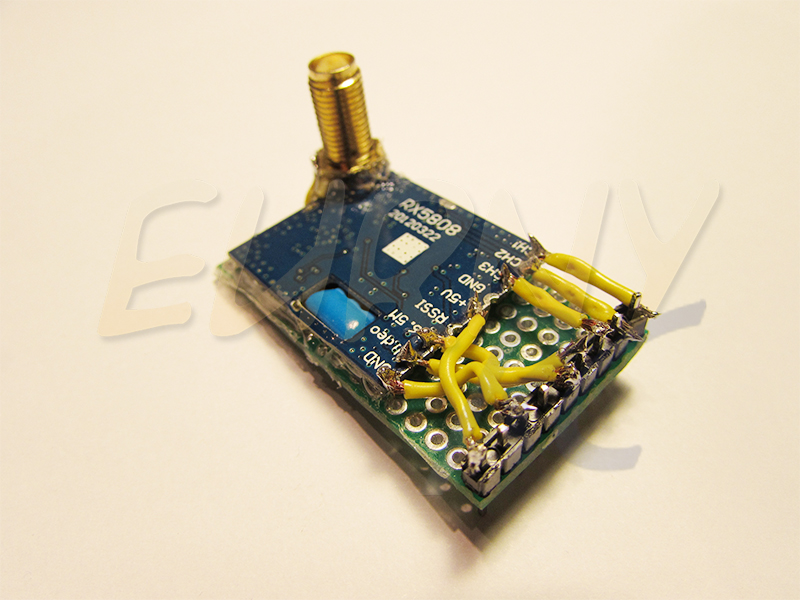 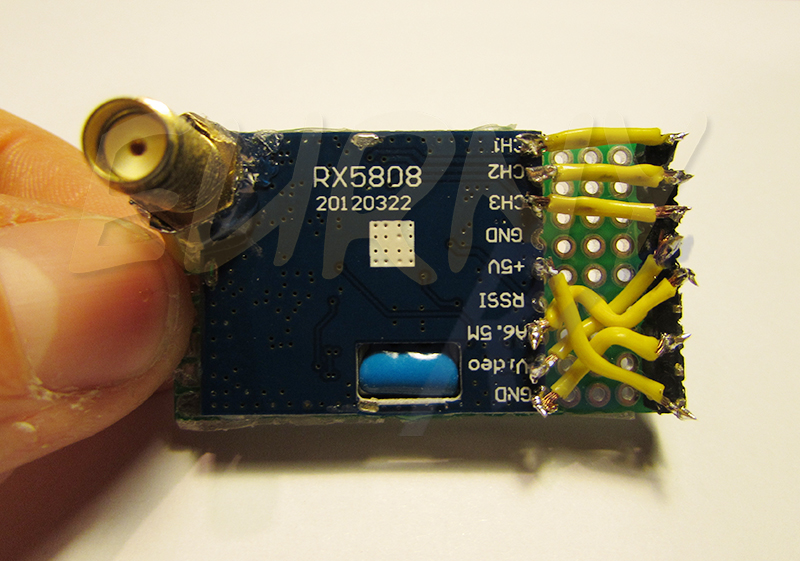 Pretty hard to get nice soldered joints because of the wires’ size ;)

Don’t forget to check that all of your soldered joints are independent from each other before hot gluing. 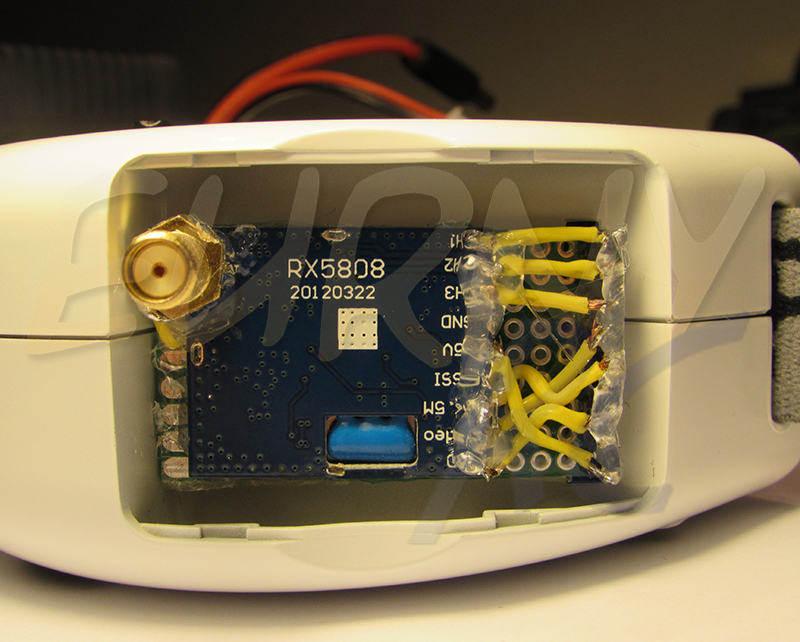 Some hot glue later, ready to use in my HD’s!

You can switch channels exactly like the stock module 😉

And you’re done, you can now use very cheap VTXs for only $15!

Some advertising to cover hosting expenses ;)